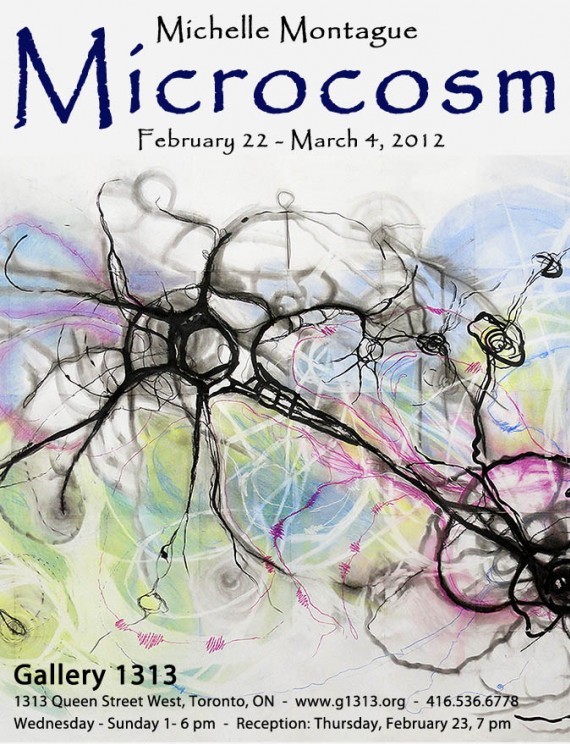 In this exhibition, Michelle uses the visual queues of story-telling to explore the idea of Nature as an active participant of a micro-universe.  With overlapping gestural lines, the artist intuitively creates a world immersed in fantasy.  In this series of drawings and paintings, images of strange creature inhabitants try to balance a delicate relationship with their “mother” – Nature.  The work depicts a series of events, where the creatures find themselves in a world where the forces of “mother” are ever so present; they are physically “caught” in the process.  Much like ourselves, the creatures are both loved and scorned by their well-being “mother” as they get jostled about like goldfish in a tiny bowl of water.  Through this body of work the artist attempts to further her understanding of Nature, the life energy and its ever lasting process of rejuvenation.