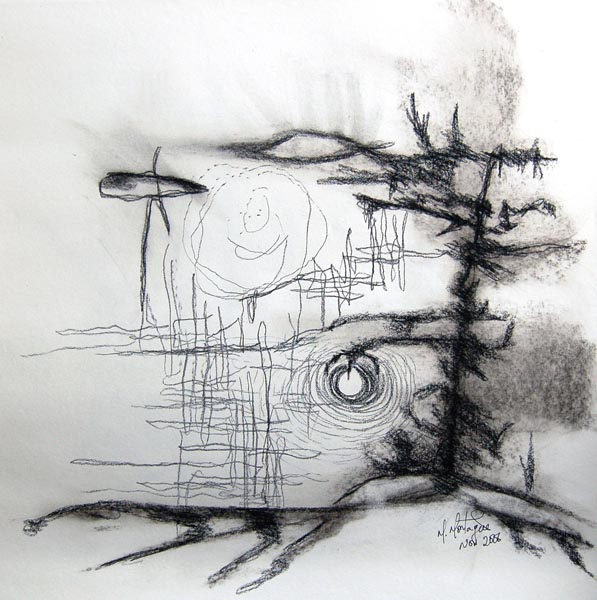 Trace Elements (October 2006 – November 2006) are a series of sketches in made in various media such as conté, pastel, India ink, charcoal and chalk. This is where I begin to visualize my thoughts before I work on a painting.  Sometimes I will reuse certain elements in these sketches in my final works. These images are the result of several layers, which stems from the theories of alternative science – that all living things operate on various frequencies above or below our level of consciousness but are slightly out of our range of senses. These landscapes were portrayed as spaces that exist above, middle and below our frequency level.

The REALM of Belief 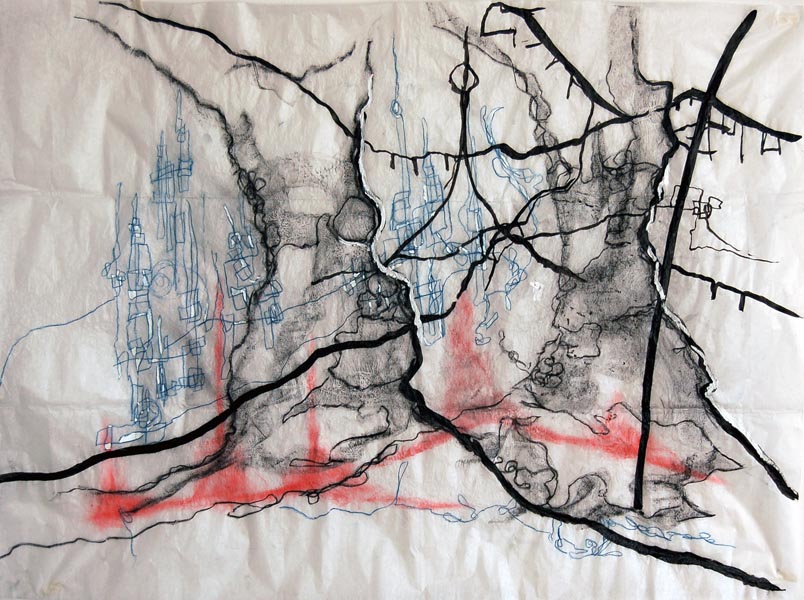 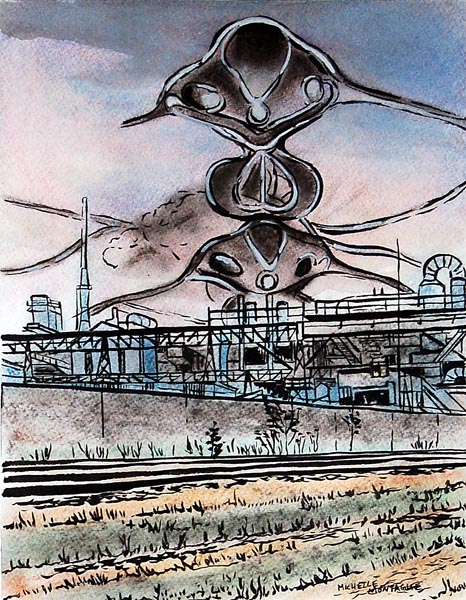 Horizon Disturbances (September- October 2006) is where I started to formulate my thoughts on the subject of coexistence between nature and industry as part of a manipulated environment.  These images were based from sketches and photos taken throughout the city of Windsor, ON- the place of my youth.  Also as an admirer of Terry Winters’ work, I have integrated some of his images, placing them in the context as if they were ‘organic shadows’ that have spawned as a result of technology and have now become a seamless part of life.  In these works, Windsor ceases to exist as these ‘shadows’ symbolize a gradual take over and begins to transform the environment into a world not readily seen by its inhabitants.  These things ‘hidden in plain sight’, references how we could be so engrossed with our immediate lives that often it is not recognized that the world we inhabit is in a state of perpetual movement and transition which resonates beyond our level of perception.