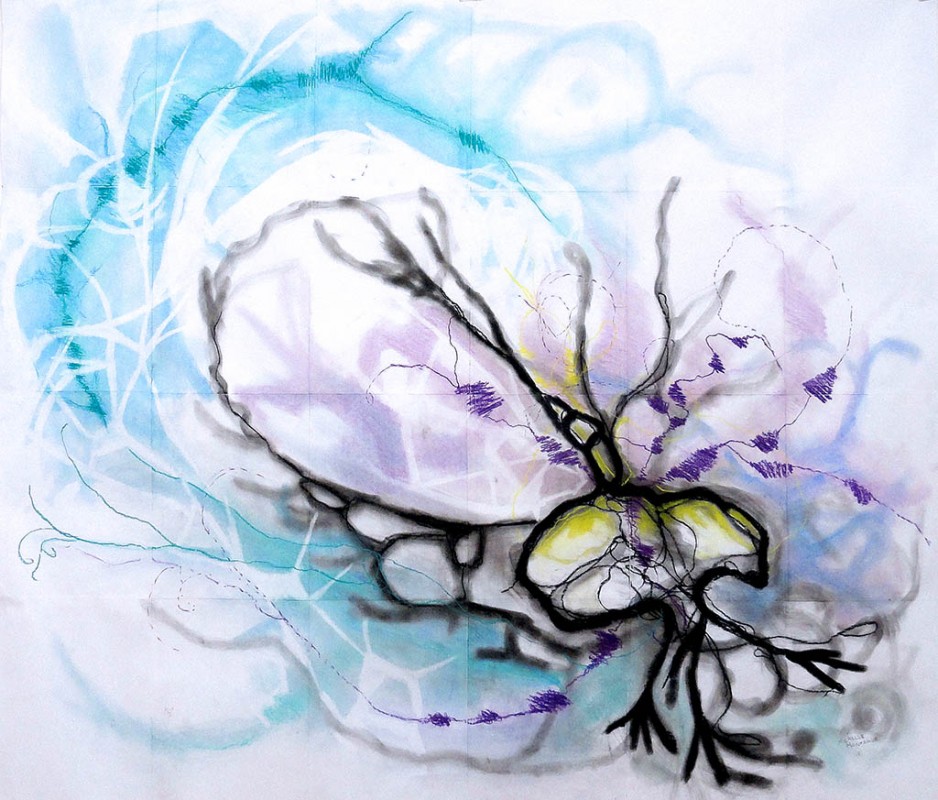 Microcosm (May 2010 – February 2012) In this series, visual queues of story-telling are  used to explore the idea of Nature as an active participant of a micro-universe.  Using gestural lines that overlap, a fantastical world emerges.  Images of strange creature inhabitants try to balance a delicate relationship with their “mother” – Nature.  The work depicts a series of events, where the creatures find themselves in a world where the forces of “mother” are ever so present; they are physically “caught” in the process.  Much like ourselves, the creatures are both loved and scorned by their well-being “mother”. They get jostled about just as we do, like goldfish in a tiny bowl of water. Sometimes they move gracefully, other times clumsily as they attempt to keep in harmony with Nature.  Their world is a place with a veneer of realism, which allows for natural and supernatural elements to take place.

Details of a New World

Details of a New World (October 2006) are sections of a scroll drawing that spans a total of 378 inches (31.5ft) in length. Inspired by alternative science research on genetic manipulation and memory, the scroll is a visual depiction of a reality that is beyond what we create, worlds of higher and lower frequencies some of which are seen while others go unnoticed.