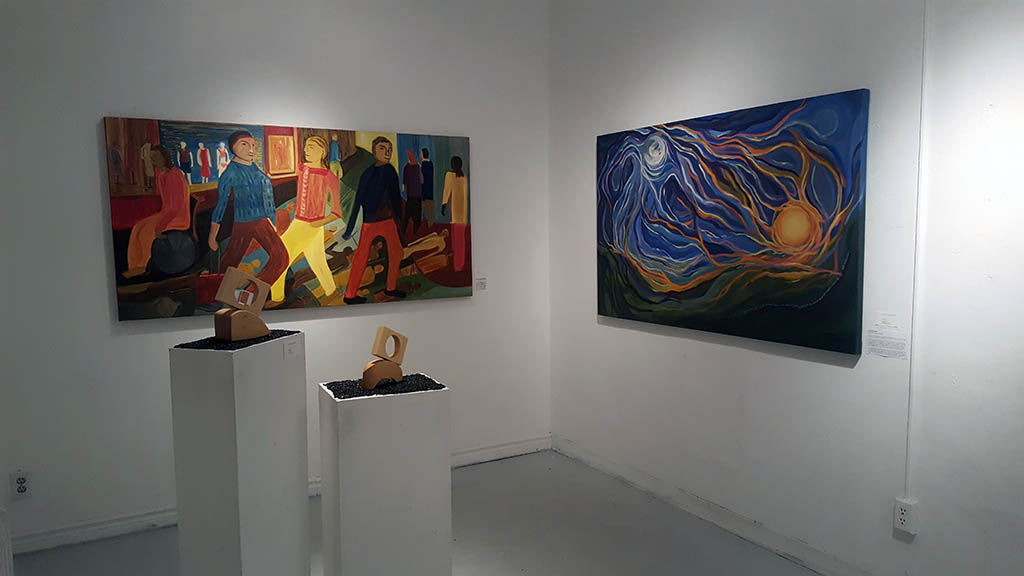 On Saturday, May 27, 2017, the Women’s Art Project (WAP), 4 Cardinal Points art exhibition opened with a reception and artist talk at Gallery 1313. Coinciding with the Toronto Doors Open event, the gallery was bustling with around 500 visitors on the first day! Gallery 1313 played host to both art enthusiasts and tourists, looking to take in the art and learn more about the gallery’s historical building. Thanks to everyone who showed their support for WAP and Gallery 1313.

For myself, it’s always a pleasure to show with great contemporary artists like Lisa Fox, Zoraida Anaya and Aviva. And I look forward to next showing with this talented group! You can read about my painting from this exhibit here.

Below are some photos of the show just after set-up. Take care!

The Story of the Sun and the Moon: An Inspiration

“Tell me the story about how the Sun loved the Moon so much he died every night to let her breathe.”

The quote itself have inspired, writers, poets and artists alike. Though the quote’s cultural origin is unknown, many believe its roots come from an earlier folk-tale Why The Sun Chases the Moon. However, there are several Sun and Moon mythologies around the world which may have inspired the quote as well. Whether depicted as lovers, siblings or mother and son, each cultural myth offers its own explanation of how the celestial bodies depend on each other for life, which would otherwise not exist.

As part of the 4 Cardinal Points exhibition, my newest work Celestial Dance (shown above) depicts the setting sun and the rising moon. The sun has to die every night so the moon can live, for without the sun there would be no moon. They depend on each other and her death every morning gives him life. It is their bond that gives each other what they want and need.

I’ve included a variation of the story below:

“Tell me the story about how the sun loved the moon so much he died every night to let her breathe.”

There once was a moon, as beautiful as can be, only the stars could fathom, but the sun could not see. The sun so radiant, he burns so bright. The moon so luminous, but only showed her face during the night. She was untouchable, surrounding herself with a blanket of darkness. The sun would give anything to catch a glimpse of the Moon illuminating the beautiful night sky.

Until one day when the Sun was sliding out of the heavens, he caught a glimpse of her. She was peeking up, a rare side of her being exposed to the light. And while the Sun could shine, he knew the Moon could glow.

Just as the Stars were wandering into the night, the Sun fell in love like a snowball hurdling down a mountain. How he wished to see her move than the fleeting moments he shared with her at both dawn and dusk. But they were a world apart.

“Go,” she whispered to him one of those nights, her voice as sweet and sorrowful as the last light of morning. “Go and let me breathe, for you and I have decided fates. You illuminate the day, and I cast a glow on the night. We will never be. Our connection would go against what all the people believe, all they know” During the summer he would stay a little longer just in case she would change his mind. It was no use.

“Don’t you dare abandon your blessing of light for my darkness.” And those were the last words the Moon was strong enough to speak to the Sun.

The Sun could feel her peaceful soul and it soon became clear. He would die each and every night to let his true love breathe, for it would put an end to all her misery. 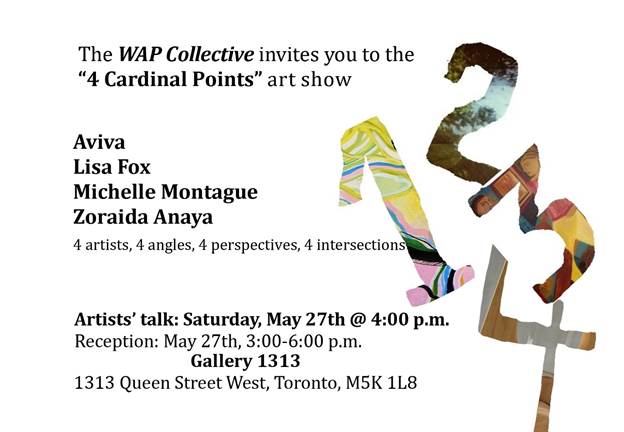 The Women’s Art Project  is a multidisciplinary and diverse group of women artists. The artistic intentions of the collective make experimental work in a supportive, inspiring and collaborative environment.