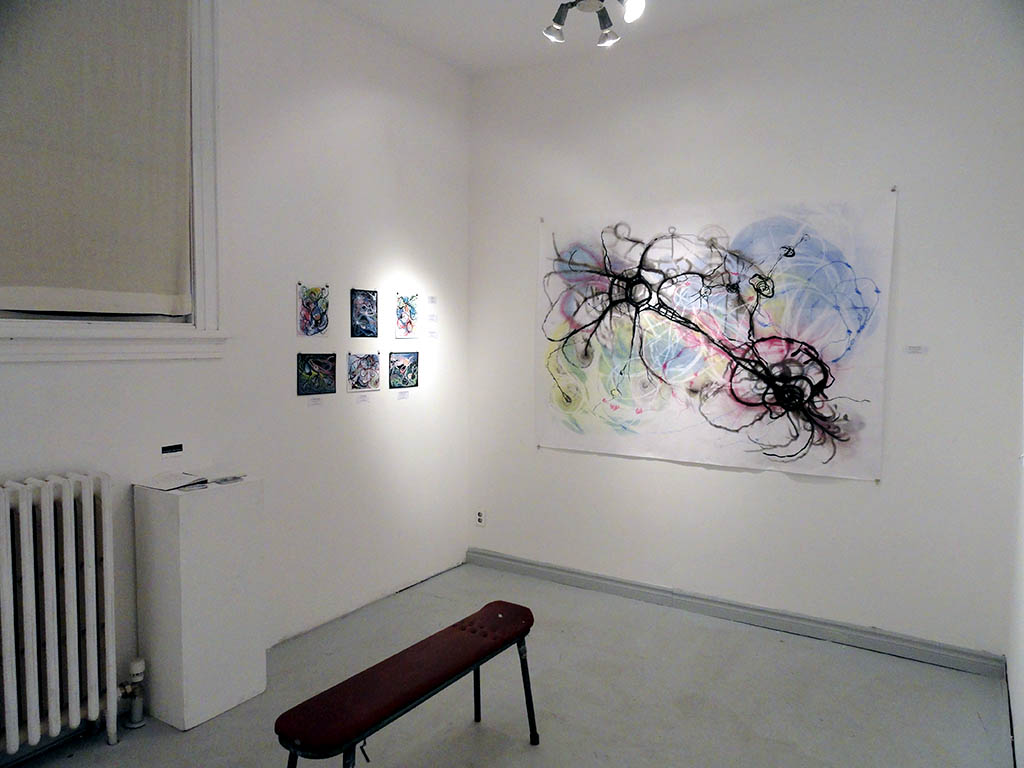 Thanks to all those who attended the Microcosm exhibit at Gallery 1313.  I am pleased to say that the show was a success.  The idea for this work started with a series of quick sketches on the subway, using just a notebook and a blue ball-point pen.  This is where I began thinking about the Microcosm series (works on paper) and the Impressions of Kinetic Creation series (paintings).  I wanted to create a body of work that was spontaneous and ever-changing, telling a series of ‘fantastical’ events taking place.

Here are some snapshots of the works installed before the opening on Thursday, February 23rd.  Detailed images of the works from this exhibit are now posted to the site.